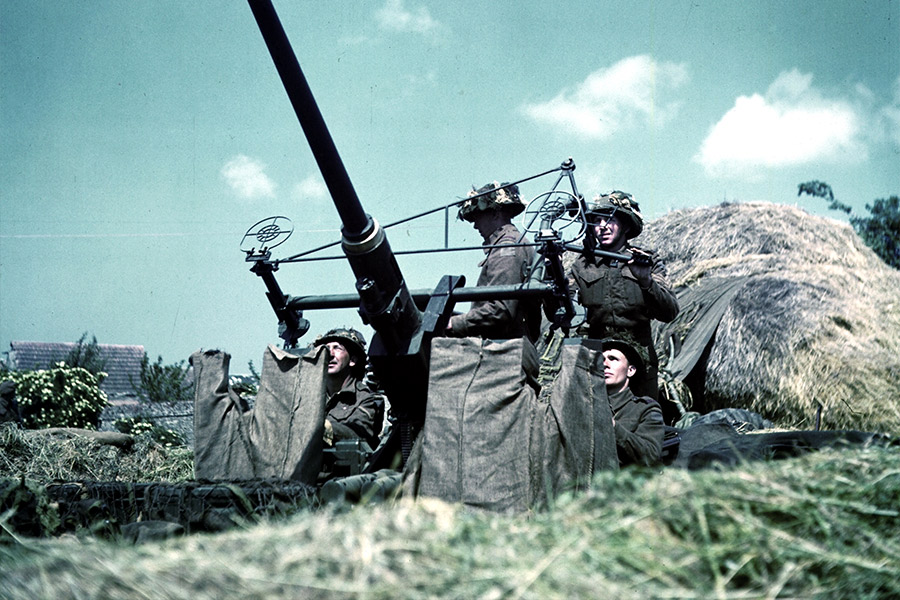 Juno beach was the landing sector for the Canadian 3rd Infantry Division on D-Day and during the morning we look at each landing point in detail where you can also see the many German fortifications and monuments that now stand as testament to the brave men that landed on 6 June 1944 and the days that followed. The tour begins at St-Aubin-sur-Mer and looks at the landings of the Canadian North Shore Regiment and the amphibious tanks of the Fort Garry Horse and their advance inland culminating in the bloody battle at Tailleville during the afternoon of D-Day. Then on to Bernières and learn about the assault landings of the Queens Own Rifles and Régiment de la Chaudiere. From there we visit Courseulles, the first port taken by the allies on D-Day and look into the actions of the Regina Rifles, Royal Winnipeg Rifles, Canadian Scottish and 1st Hussars and their assault on D-Day. Lunch is taken in the picturesque port of Courseulles and afterwards we pay hommage to the fallen at Beny-sur-Mer CWGC Canadian Military Cemetery. After a visit to the Juno Beach Centre the tour then moves directly inland looking at some of the battles that took place in the days that followed. Beautifully kept Norman villages that now bely some of the extremely ferocious combat that took place against the German 12SS Panzer Division. The tour ends, aptly some may say, at the Abbey D’Ardennes, an SS HQ and scene of heavy fighting and atrocities. This tour gives an excellent overview of the Canadians on D-Day and the initial days that followed, the establishment of the bridgehead and reaction to the German counter-attacks.

Hi Gary – I toured with you on June 13 and 14 with Jean and Gerry Evans (my sister and brother-in-law) and our cousin from Winnipeg. I just wanted to let you know that our time with you was definitely the highlight of our month in Europe. Taking Gerry to see the place where his dad was wounded was an exceptional thing for him and seeing the places that I had only read about had a profound affect on me. I will never see a bridge, church or crossroad in quite the same way again! I am still haunted by Authie town square.
Again thanks for all the time you spent with us.
Georgina Macleod – British Columbia, Canada