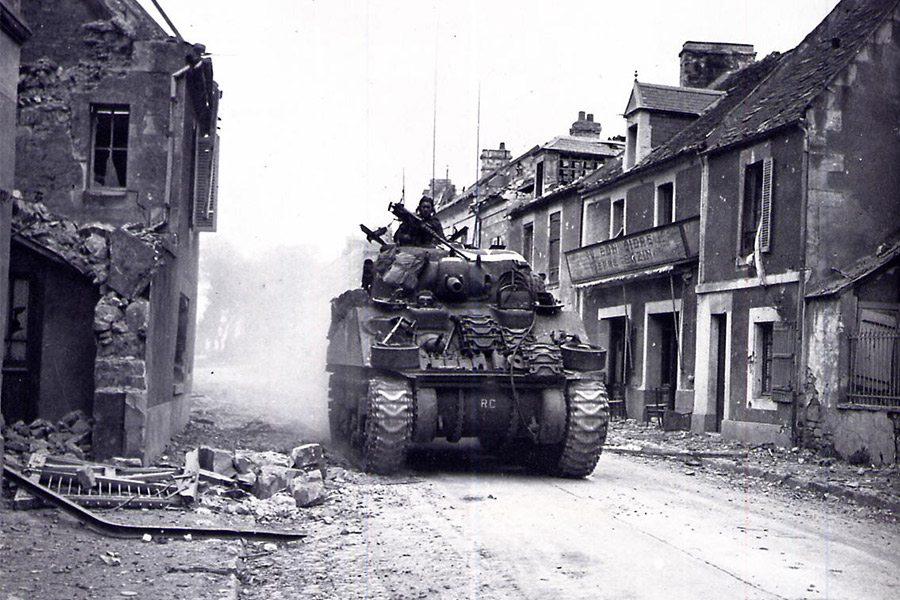 Part I of this tour begins at the Château D’Audrieu, occupied in 1944 by the 12SS “Hitler Youth” Division’s Reconnaissance Battalion. We learn about what took place in and around this area before moving onto the bloody battles that took place between the Canadians and 12SS units at Putot-en-Bessin, Le Mésnil-Patry and Norrey-en-Bessin. Part II begins southeast of Caen at Point 67 – now an un-missable Canadian Memorial Park set high above the battleground affording incredible views of the terrain the Canadian Army fought across in order to take this strategically important ridge of high ground. Here the fighting was attritional and swung back and forth relentlessly. We visit the battle sites in the area and you begin to notice how the terrain changes – Operation Spring glides perfectly into Operation Totalize that launched on 7 August 1944. Part III deals with the huge part played by the Canucks in Totalize. Here we follow the routes of various Canadian units as the battle progressed – we visit the battle site where the famous German tank commander Michael Wittmann rolled his last dice and trace the route of the ill-fated Worthington Force and the heroic battle that subsequently took place. D-Day of course gets all the headlines but believe me, the battles that took place in this area were on a different level altogether. Set within the battlegound of Totalize at Bretteville-sur-Laize we end the day by visiting the irrepressible CWGC Canadian Military Cemetery where you may pay your respects to these brave men – now resting in the very ground they fought over.

Dear Gary: Thanks for the summary, how amazingly thoughtful. I had only an approximate idea of what to expect. Your tour exceeded anything that I could have imagined. Well paced, fantastic information. You have an amazing mastery of the military units and their commanders. Two great days. Congratulations and thanks from both of us. – Bernard Rowe, Vancouver, Canada

Category
This tour is one of my favourites and works as a great follow-up to the Canadian Highlights tour and leads pefectly into the Falaise Gap Tour.
More Info
← Previous Project
→ Next Project
Copyright © 2021 Pegasus Battlefield Tours
Go Top
This site uses cookies: Find out more