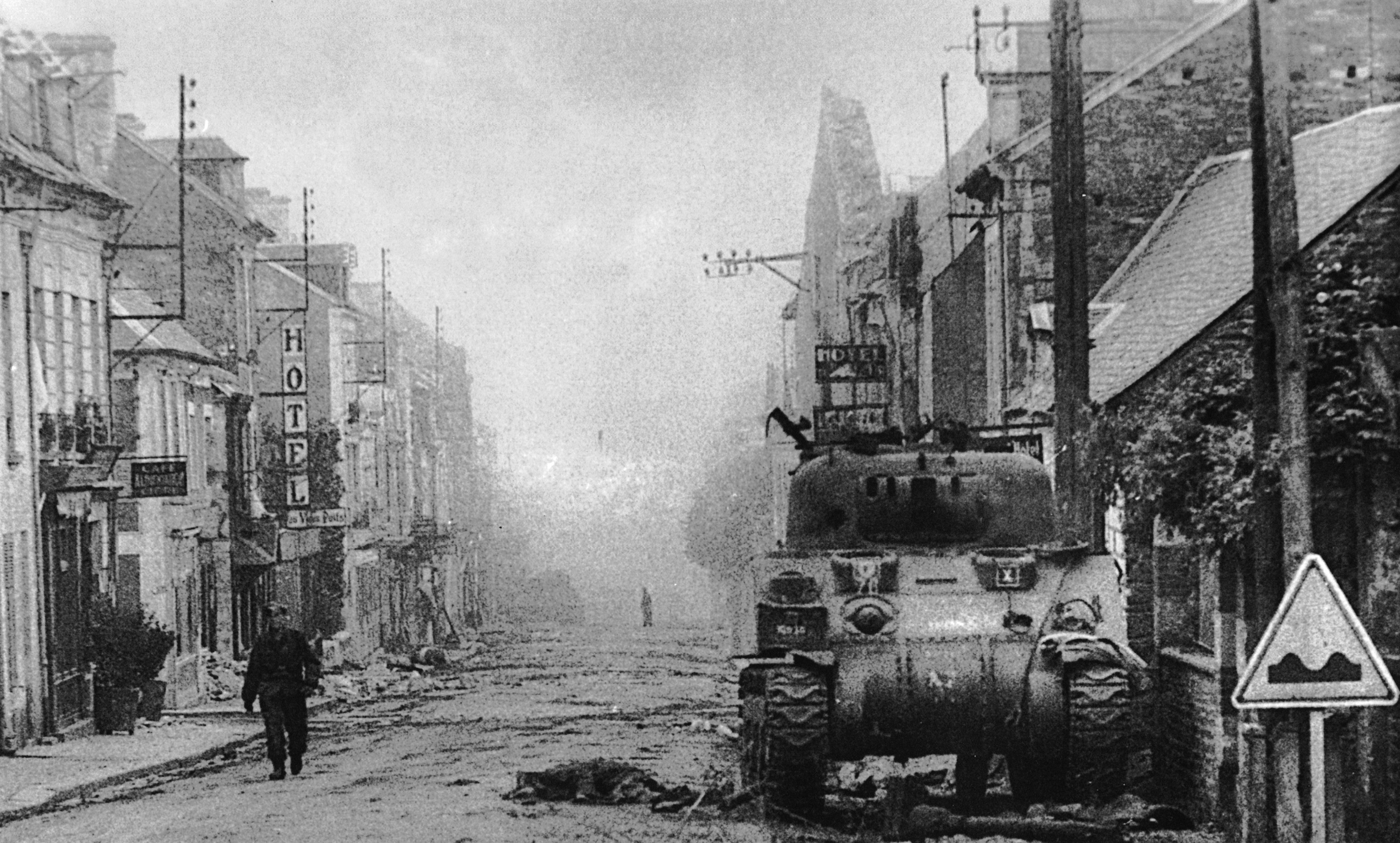 This tour traces the entire route of Operation PERCH on 12 and 13 June 1944 whereby the British 22nd Armoured Brigade under Brigadier William “Loony” Hinde advanced through a gap between British and US forces in an audacious flanking manoeuvre to capture and hold the high ground east of the town of Villers-Bocage. It was hoped that this would open a route into the city of Caen and in the process also encircle the German Panzer Lehr Division.
However, no-one had taken the German Panzer Ace Michael Wittmann into account.
His actions at Villers-Bocage are famous – but with the legend comes the exaggerated myths and historical innaccuracies. Here we untangle the mess and you will learn the true story of The Battles of Villers-Bocage.
This a truly remarkable tour with great stories of innitiative, bravery and luck – but disaster for the inhabitants who could only watch as their town was reduced to ruins.