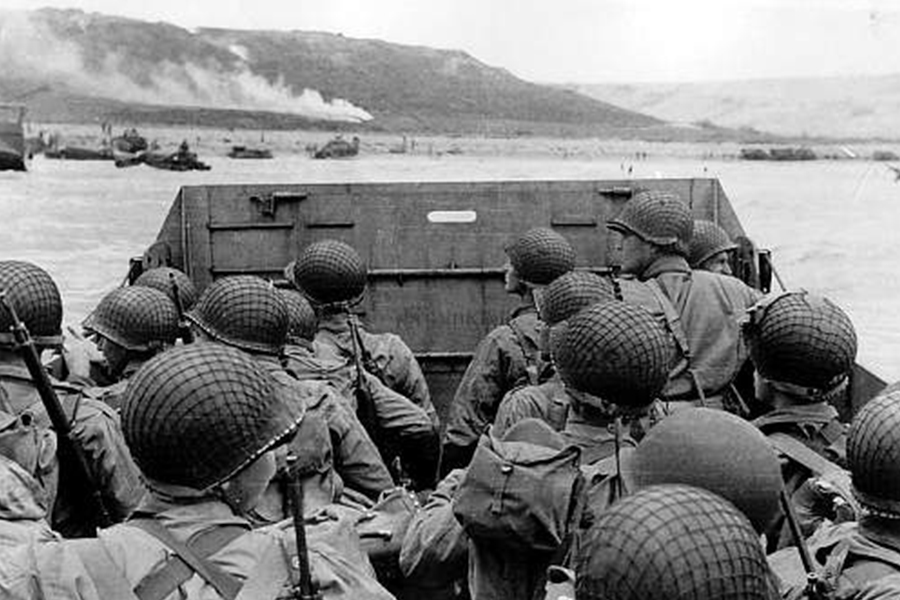 This tour looks at the famous sites of OMAHA Beach, Pointe-du-Hoc and the US Normandy Military Cemetery. During the morning you are guided through the battered and bomb-cratered German gun battery standing on the apparently impregnable 100ft high cliffs at Pointe-du-Hoc – this was assaulted by US Army Rangers on D-Day and held until relieved for the first 52 hours of the invasion. The tour then covers various positions along the four and a half miles of OMAHA Beach. We visit German defensive positions, we assess the reasons why the assault was so disastrous for the American ground troops and discuss how, eventually, the beachhead was secured. We look into the lives of the French civilians, the German occupation troops and the American soldier and hear their stories of bravery and attrition.

An emotional visit is then made to pay respect at the US Military Cemetery where 9,386 servicemen and women found their final resting place. Here you will be walked through the cemetery and hear the stories of some of the men and women interred within the 172.5 acres of this beautifully landscaped sombre memorial. After a brief tour through the infamous hedgerows, known in Normandy as the Bocage, the tour then proceeds east along the coast to the Longues Battery where you may view and walk within the gun emplacements where the only surviving German Coastal Guns remain intact to this day. After a short drive you are then at the impressive Mulberry Harbour at Arromanches that was towed across the channel and installed as an artificial harbour, vital for Allied supply-line capabilities. The engineering aspect of this site is quite breath-taking and there is still plenty to see out in the water.

This tour has been designed to give an excellent overview of the US involvement on D-Day and the initial days that followed.